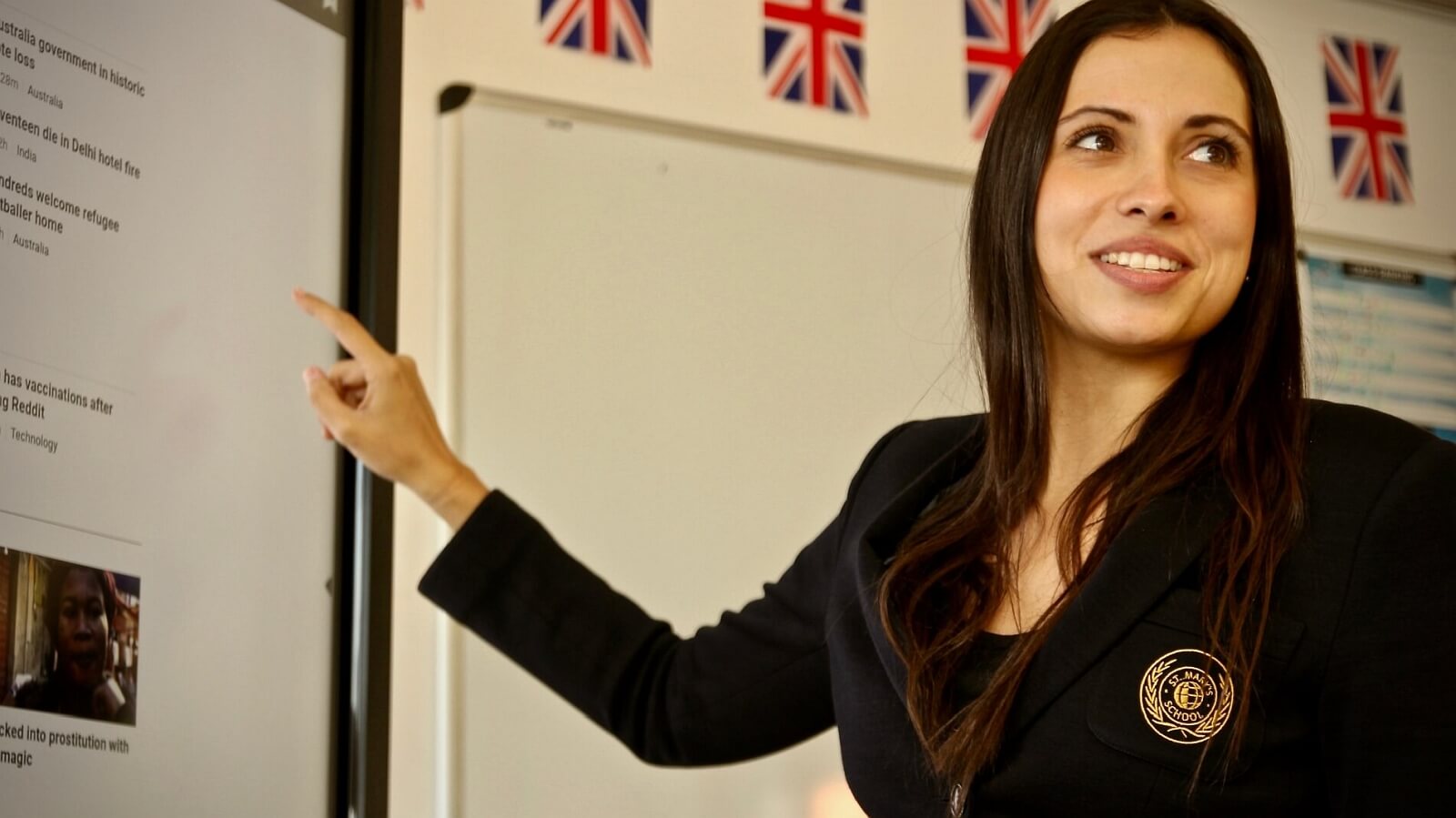 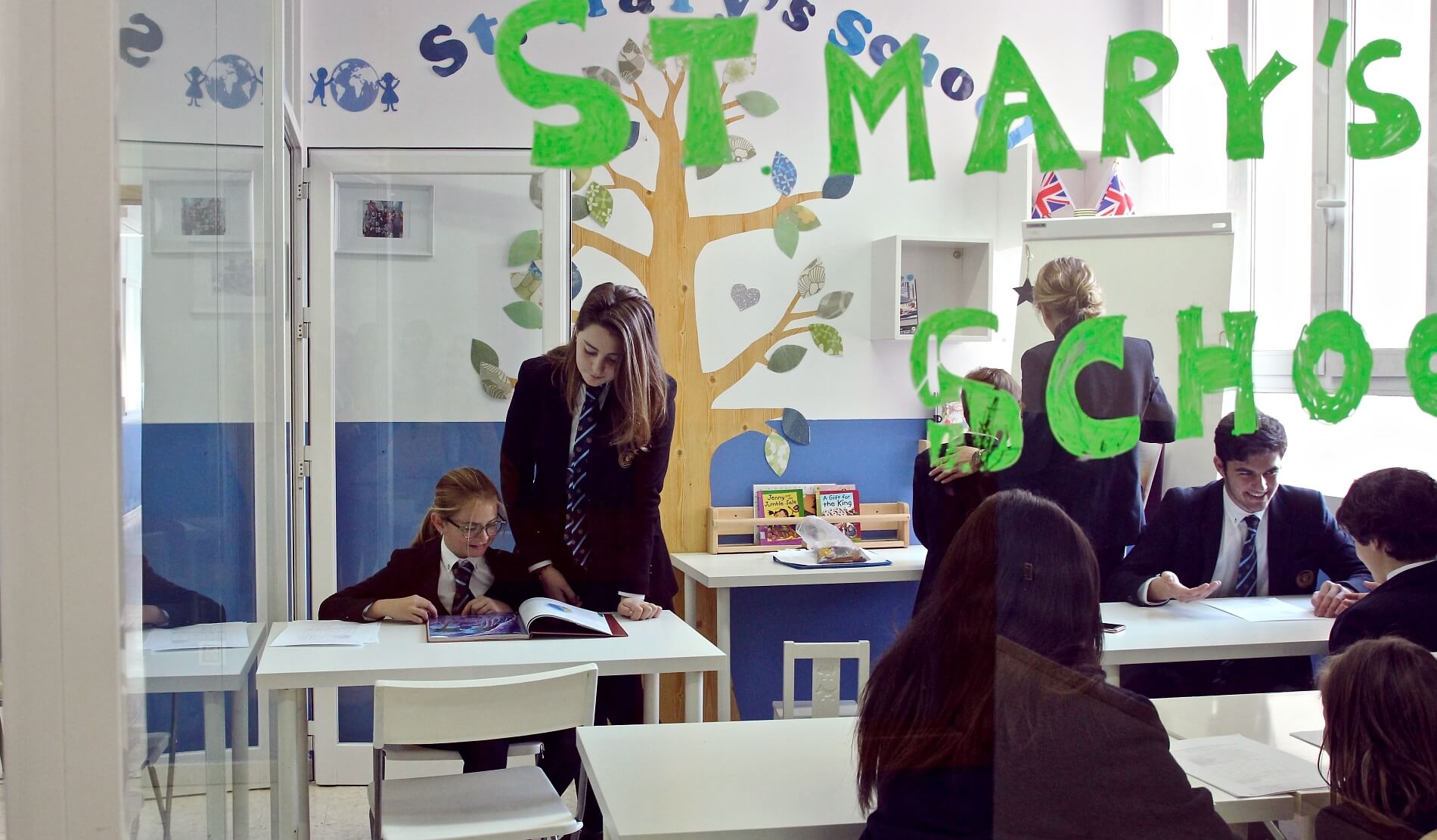 St. Mary’s School is a multilingual centre in which students receive 70% (Early Childhood Education) and 50% (Primary) of the classes in a foreign language. 45% will be in English and the remaining 5% in the second foreign language chosen: Portuguese, German or French. In the case of intellectually talented students, with a linguistic talent, they would have a weekly hour of a third language.

Spanish-English bilingualism emerges in this school as a response to current reality that no one can deny. Our students live in a globalized world and schools are aware that we must prepare them to live and succeed in it.

Bilingual teaching, as well as the third language, must be a student-centred teaching, based on classroom activities that are participatory and collaborative, making continuous use of ICTs. It must be a learning focused on processes and tasks. For this, in addition to teaching English as a language, having four hours a week, the Bilingual plan goes further: the subjects of Knowledge of the Environment, Art, Music, Entrepreneurship, Chess, Physical Education and Emotional Intelligence are also taught in English (from now on L2 second language). In this way the L2 is used to learning at the same time that as communicating.

In our integrated Curriculum methodology, the presence of native staff is also very important. All classes have a native teacher for English, as well as a German, Portuguese and French if we talk about L3. These teachers will also have the task not only to teach a language or other subjects but also to transmit aspects of the Anglo-Saxon / French / German / Portuguese culture that helps to make linguistic immersion more complete. We celebrate most of the important Anglo-Saxon culture festivities: Halloween, Thanksgiving, St. Patrick’s Day, St. Valentine’s Day, Easter, Pancake Day and Christmas, as well as others in French, Portuguese or German. The language department is directed by Miss Giulia Anniballi Hannaford.

In order to foster multicultural, experiential and meaningful learning, we are proud to be part of the European Union program: Erasmus Plus, a mobility program that enables students to work on a common project with students from different countries in Europe.

This is precisely what our center will do together with Turkey, Bulgaria, Romania and Macedonia – (our partners) – through our project that seeks to promote entrepreneurial activity among students, hence the title «Boosting Entrepreneurial Skills». 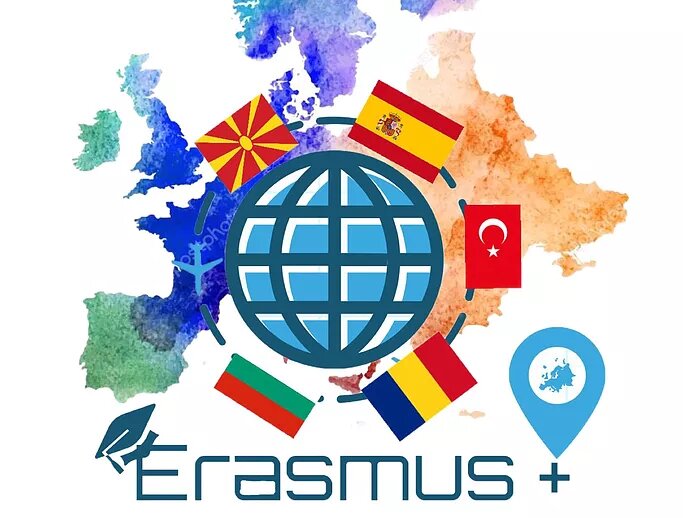